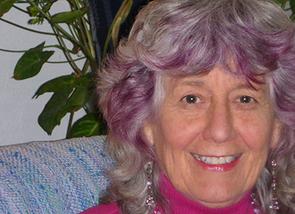 For Kathryn Fentress, her earliest motivation was to be of service. Fascinated by the human psyche, she studied psychotherapy and graduated in 1971 from the University of Florida with a PhD in clinical psychology. She began her professional career in West Palm Beach at one of the first Community Mental Health Centers in the country. There she trained and supervised volunteers in crisis work and suicide prevention; consulted with the staff of the Substance Abuse Treatment Program; counseled individuals, couples, and families; and taught parenting classes.

Exploring community further, Kathryn moved her family in 1974 to an intentional community in the mountains of Northern California. Meditation and living in tune with nature and the community provided a foundation for her spiritual values. She volunteered at the Oakland Women’s Clinic and did outreach to women in other mountain communities. Needing to continue her professional development, the family moved to San Diego where Kathryn worked as a counselor and program director for an at-risk youth drop-in facility. There she counseled teens and their families, trained volunteers, and consulted with other agencies in the larger community.

But she desired a smaller community and in 1978, Kathryn relocated to Missoula, Montana. While her children attended high school in town, she worked as a psychologist for the Confederated Tribes of the Salish and Kootenai People. For the next six years she provided counseling to clients and training and supervision of Native counselors in the Indian Health Clinic and the Alcohol Treatment Program. The Native people were accepting and gracious to her. They invited her to attend medicine ceremonies, powwows, and sweat lodges, which enhanced her own spiritual practices.

In 1983, Kathryn and nine other women created a spiritual circle to explore accessing direct spiritual experience through the use of ritual, ceremony, guided meditation, and trance states. This group met weekly for two years, and Kathryn became practiced at guiding others in deep journey work. During that time, clients came to her with deep childhood wounds, and Kathryn found that the power of the trance states of consciousness in combination with a spiritual framework could dramatically mitigate the effects of trauma.

Kathryn pursued a sabbatical at Naropa University in 1985. She was so impressed by the community there in Boulder, Colorado, that she set up a private practice and stayed for ten years. While there, she taught and supervised interns at Boulder Graduate School, a master’s level program that granted degrees in Transpersonal Psychology and Holistic Health. She chaired the department from 1990 to 1991 and helped design the transpersonal psychology curriculum that was eventually adopted by Naropa.

During that time, a new psychotherapy tool came on the scene that impressed Kathryn through the success her colleagues were reporting. Kathryn trained in EMDR and added this powerful technique to her set of tools for dealing with the effects of trauma. She also trained with Carl Hollander in Psychodrama and took advanced courses in the use of hypnosis for healing abuse issues.

Continuing her spiritual development, Kathryn studied for a year with the Tibetan Foundation in Denver. This program assisted her in developing her intuition, understanding the complexity of unconscious programming, and working with the energy body as part of the healing journey.

In 1994, Kathryn was guided by her intuition to relocate to Bellingham, Washington, to be near water and a more temperate climate. She set up her private practice and almost immediately was invited to work with people of the Lummi, Upper Skagit, and Swinomish Tribes. Kathryn now serves as a Native American consultant to other counselors and case managers working with Native children. She continues to work with Lummi Victims of Crime, serving clients who have been sexually assaulted or are victims of domestic violence.

Desiring to make a difference in the surrounding community, Kathryn trained to be a facilitator for Pachamama workshops, an approach that grounds political action in spiritual values. Continuing this social action work, she became involved in the launching of the Transition Movement in Bellingham in 2009, known locally as Transition Whatcom. Recognizing her unique approach to psychospiritual development, Kathryn began offering classes to both the larger community and to private groups. And from August 2014 through September 2017, Kathryn wrote her column, “Unsung Heroes,” for the Whatcom Watch, a monthly newspaper focusing on local politics, environmental news, and community events, where she focused on local people making a difference in the community and for the environment.

In all her work, Kathryn emphasizes empowerment, self-discovery, and the broadening of perspectives. She offers tools to work effectively with life’s challenges, techniques to deepen intimate relationships, strategies for healing the effects of trauma, and processes for opening to one’s inner wisdom. She supports individuals and couples in clarifying their purposes, recognizing their choices, and living more comfortably and creatively.